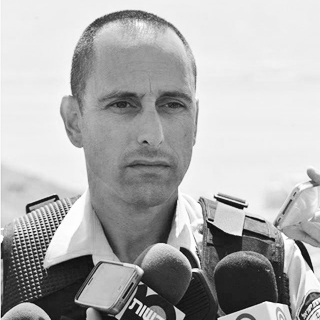 Meet and learn from Mr. Ron Gertner, a 26 year veteran of the Israeli Police force, and a selected team from Brazil and the United States are discussing technical platforms in place to respond to the threat of the COVID-19 pandemic.

He is a graduate of the National Security College and has extensive experience in leading various projects and training around the world.

Raj has worked extensively and effectively and especially, among other commercial interests, interacted with the fisheries industry in Sri Lanka. He possesses extensive international business acumen and have actively and successfully promoted trade and investment for a number of business ventures. Over the years he has been instrumental in conceptualizing, promoting, and establishing a number of key infrastructure projects for the Government of Sri Lanka.  In his personal capacity, Mr. Raj is a member of the Board of Directors for six private limited liability corporate organizations in Sri Lanka, and on an Executive Consultant capacity for numerous other ventures. He has actively liaised with senior Government and Foreign Investors to establish several Sri Lanka Board of Investment approved business entities in Sri Lanka. During the year 1987/2012,

Raj, has established strong relations with representatives of all political parties, senior representatives of both past and present governments and also the many bureaucrats of statutory organizations in Sri Lanka. He has over the years developed a very close association with foreign missions of the countries that he has identified, sourced and promoted investment missions

M.T.S is a leading security consulting and project management company based in the state of Israel.

The company provides security solutions and services in various fields for clients all around the world.

Watch the video for this session: