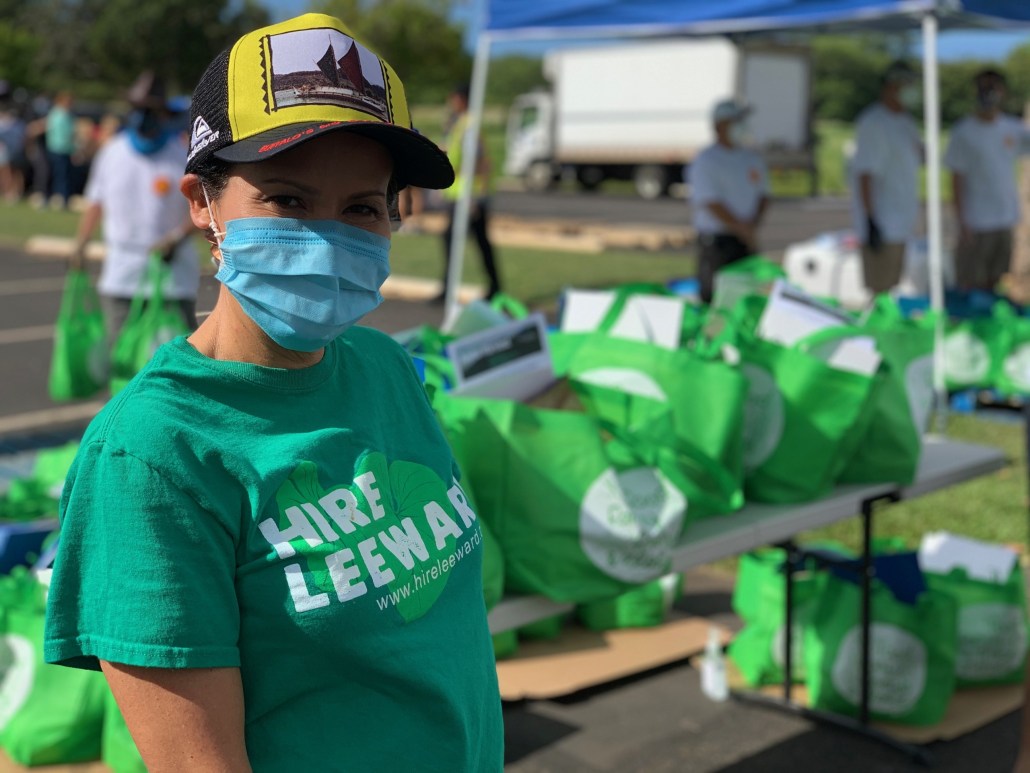 Kym Pine is currently in her second four-year term as a member of the Honolulu City Council.

The granddaughter of Filipino immigrants who came to Hawai‘i to work on the sugar plantations, Kym was born and raised on O‘ahu’s North Shore and attended Waialua and Moanalua High Schools and the University of California-Berkeley. Her father is a former California native.

An avid athlete who played baseball and soccer growing up, Kym is a former Waikiki Rough Water swimmer and Moloka‘i Hoe Canoe Race finisher. Kym is unafraid of a challenge and known for her tenacious personality that always gets the job done. As a child, she was determined to make the Manoa Baseball Little League All-Star Team so she disguised herself as a boy and was named shortstop. It is her ability to think creatively and with a conviction that has given her the momentum to achieve her goals.

Kym is a dynamic leader who brings opposing parties together to find common ground. Because of her willingness to listen and the ability to negotiate, she was able to get consensus and support on complicated issues that reduce illegal activities in residential neighborhoods and provide truly affordable housing units to the market.

She is currently the Chair of the City Council’s Committee on Business Economic Development and Tourism. Her committee is currently investigating the impacts of O‘ahu’s rapidly increasing visitor arrivals on the environment, infrastructure, public safety operations, and county services.

Kym previously served as Chair of the Committee on Zoning and Housing, where she created and passed innovative policies to incentivize the development of affordable rental and for-sale housing, which resulted in the entitlement of more than 1,000 affordable units without using taxpayer money. She guided the passage of the City’s first inclusionary housing program that both developers and housing advocates appreciate and continue to contribute to the strategic development of Honolulu’s Transit-Oriented Development districts.

Prior to her service on the Honolulu City Council, Kym served four terms in the Hawai‘i State House of Representatives serving the communities of Ewa Beach, Iroquois Point, and Pu’uloa. From 2010–2012, her colleagues selected her as the House Minority Floor Leader.

Kymberly Pine never imagined that she would be an elected official. Seeing her community neglected by government leaders in the areas of traffic relief, school funding and crime motivated her to run for office to ensure that the Leeward Coast would no longer be left behind. Since her election to the Hawaii House of Representatives in 2004 and now as a member of the Honolulu City Council, her district has received over a billion dollars in funding for new roads, schools, parks, beaches and various community improvement projects. Tougher crime laws were also passed.

Kymberly has a strong work ethic and a passionate desire to succeed. She graduated from the University of California, Berkeley where she obtained a Bachelor’s Degree in English. She was the youngest staffer to be appointed as Director of the Minority Research Office in the State House of Representatives. In this position, she ran a team focused on finding waste and mismanagement in government spending and creating new solutions to Hawaii’s problems. Her work in policy has received extensive coverage in local television, radio, and print media and has also been used by the Governor’s and Lt. Governor’s offices.

She is Chair of the Council Committee on Business, Economic Development and Tourism.