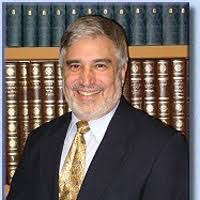 Join the Rebuilding Discussion on Telegram
Dr. Peter Tarlow, PH.D.
Dr. Peter E. Tarlow is a world-renowned speaker and expert specializing in the impact of crime and terrorism on the tourism industry, event and tourism risk management, and tourism and economic development. Since 1990, Tarlow has been aiding the tourism community with issues such as travel safety and security, economic development, creative marketing, and thought. Tarlow earned his Ph.D. in sociology from Texas A&M University. He also holds degrees in history, in Spanish and Hebrew literatures, and in psychotherapy
Tarlow is a founder and president of Tourism & More Inc. (T&M). He is a past president of the Texas Chapter of the Travel and Tourism Research Association (TTRA). Tarlow is a member of International Editorial Boards for academic tourism around the world.
Tourism Security
Tarlow has worked with numerous US government agencies including the US bureau of Reclamation, US Customs, the FBI, the US Park Service, the Department of Justice, the Speakers Bureau of the US Department of State, the Center for Disease, US Supreme Court police, and the US Department of Homeland Security. He has worked with such US iconic locations as the Statue of Liberty, Philadelphia’s Independence Hall and Liberty Bell, the Empire State Building, St. Louis’ arch, and the Smithsonian’s Institution’s Office of Protection Services in Washington, DC.In 2018, the government of Jamaica appointed him to become a member of the Jamaican National Tourism Security Audit Team. In 2019 Tarlow became the team’s head and was also tasked with the job of developing a national tourism security program. Also in 2019 Tarlow was appointed the security expert for the African Tourism Board and as an advisor to Mexico City’s new tourism police unit.SpeakerTarlow has been a keynote speaker for United States governors’ tourism conferences around the nation including those for Florida, Georgia, Illinois, New Jersey, South Carolina, South Dakota, Washington State and Wyoming.He has addressed large scale US government meetings for such agencies as:
The Bureau of Reclamation
The United States Center for Disease Control
The United States Park Service,
The International Olympic Committee

On the international scene he has addressed conferences in English, Portuguese, and Spanish:
The Organization of American States (Santo Domingo, Dominican Republic, Panama City, Panama),
The Latin American Hotel Association (Quito Ecuador, San Salvador, El Salvador and Puebla, Mexico),
The Caribbean Chiefs of Police Association (Barbados),
The International Organization for Security and Intelligence – IOSI ((Vancouver, Canada),
The Royal Canadian Mounted Police, Ottawa
The French Hotel Association CNI-SYNHORCAT (Paris)
Additionally, Tarlow is a featured speaker for numerous US embassies and with foreign tourism ministries around the world. For example, in his role as an expert in tourism security he has worked with:
Vancouver’s Justice Institute (2010 Olympic games)
The police departments of the state of Rio de Janeiro (2014 World Cup Games)
The Royal Canadian Mounted Police,
The United Nation’s WTO (World Tourism Organization),
The Panama Canal Authority,
Police forces in Aruba, Bolivia, Brazil, Curaçao, Colombia, Croatia, Dominican Republic, Mexico, Serbia, and Trinidad & Tobago
National Tourism Security Team: Jamaica
Training Tourism Professionals
Tarlow lectures and trains tourism professionals and security personnel in multiple languages on a wide range of current and future trends in the tourism industry, rural tourism economic development, the gaming industry, issues of crime and terrorism, the role of police departments in urban economic development, and international trade. Some of the other topics about which he speaks are: the sociology of terrorism, its impact on tourism security and risk management, the US government’s role in post terrorism recovery, and how communities and businesses must face a major paradigm shift in the way they do business.
Other work experience
In 2013 the Chancellor of the Texas A&M system named him his Special Envoy. In 2015 the Faculty of Medicine of Texas A&M University asked Tarlow to “translate” his tourism skills into practical courses for new physicians. As such he teaches courses in customer service, creative thinking and medical ethics at the Texas A&M medical school
In 2016 the international engineering firm Gannet-Fleming appointed Tarlow its Senior Security and Safety Specialist. In 2016, Governor Gregg Abbot of Texas named Tarlow as the Chairman of the Texas Holocaust and Genocide Commission. Tarlow finished his term as chairman in 2019.
Tarlow organizes tourism security conferences around the world, including the International Tourism Safety Conference in Las Vegas. He has also worked with or played a critical role in the organization of conferences in St. Kitts, Charleston (South Carolina), Bogota, Colombia, Panama City, Croatia, and Curaçao.
Publications and Expert Witness
Tarlow publishes extensively in these areas and writes numerous professional reports for US governmental agencies and for businesses throughout the world. He has been asked to be an expert witness in courts throughout the United States on matters concerning tourism security and safety, and issues of risk management.
As a well-known author in the field of tourism security, Tarlow is has authored numerous books and scholarly articles and has also been a contributing author to multiple books on tourism security. His scholarly articles have appeared in publications such as: The Futurist, The Journal of Travel Research and Security Management. Tarlow’s has written articles on such topics as:
• Crime and terrorism,
• Cruise security,
• Dark tourism,
• Economic development through tourism,
• Tourism ethics.
Tarlow writes and publishes the popular on-line tourism newsletter Tourism Tidbits. Thousands of tourism and travel professionals around the world read Tourism Tidbits in its English, Spanish, and Portuguese language editions.
Among the many books that Tarlow has authored or co-authored are:
Event Risk Management and Safety (2002).
Twenty Years of Tourism Tidbits: The Book (2011)
Abordagem Multdisciplinar dos Cruzeiros Turísticos (2014, in Portuguese)
Tourism Security: Strategies for Effective Managing Travel Risk and Safety (2014)
A Segurança: Um desafío para os setores de lazer, viagens e turismo, 2016 published (in Portuguese) and republished in English as Cruise Security (2016)
Gazing at Death: Tourism and Dark Tourism (2107)
Sports Travel Security (2017)
Personal Reconstruction: A Psychological, Spiritual, Financial, and Legal Course in the Art of Preventing Personal Crises and Recovering from Them. (2018)
Tourism-Oriented Policing and Protection Services (2019)
Tarlow has appeared on national televised programs such as Dateline: NBC and on CNBC and is a regular guest on radio stations around the US. He is the recipient of the International Chiefs of Police highest civilian honor in recognition for his work in tourism security.
Below is a selection of programs in which Tarlow has appeared around the world and in multiple languages:
In English:
https://www.youtube.com/watch?v=WAF1rkqKv6M
https://www.youtube.com/watch?v=MKQG-WliKCo
https://www.youtube.com/watch?v=U5EWAjnIVnU
https://www.youtube.com/watch?v=Od8s_79Ie28
In Papiamento
https://www.youtube.com/watch?v=_1Sid-UReZU
In Portuguese
https://www.youtube.com/watch?v=xMDEanF4roM
In Spanish:

Creative ideas and developing out of the box thinking