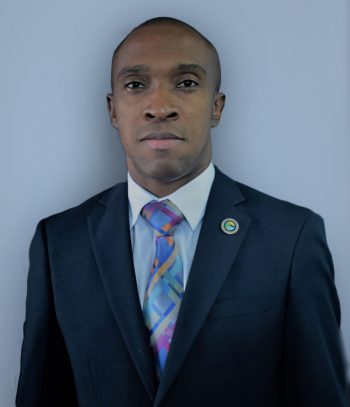 Dr. Andrew Spencer holds a Ph.D. from the School of Tourism at Bournemouth University in the United Kingdom and was the first Ph.D. graduate from the BU eTourism Lab. He completed his Ph.D. in record time and his research focused on the determinants of technology adoption for travel retailers, with particular emphasis on the strategic management implications and leadership imperatives for owner-managers. This thesis was awarded the ITT Ph.D. Student of the Year- 2011/2012, by the ITT Education and Training Committee, in the United Kingdom. Most recently, Dr. Spencer was the Director of the Centre for Hotel and Tourism Management(CHTM), University of the West Indies, Nassau Bahamas. Dr. Spencer, a Jamaican, has given over 15 years of service to tertiary education in the Caribbean region and is considered to be among the Caribbean’s leading and most sought after tourism academics. Before taking up the post as Director at CHTM, he was a lecturer in Tourism Management at the Mona School of Business and Management, and prior to this, he was the Programme Coordinator for the M.Sc. National Security & Strategic Studies.

Dr. Spencer’s other educational achievements include an MSc. in Tourism and Hospitality Management in 2005 from UWI Mona and a BSc. (Honours) in Tourism Management in 2003, pursued at UWI Mona and CHTM. He has published extensively in leading international journals and presented at conferences on the areas of the travel supply chain, tourism advertising effectiveness, small hotel competitiveness, and gender issues in the hospitality sector. His research interests also include drivers of technology adoption in developing countries, Critical Theory in adoption research, and leadership in the Caribbean tourism industries. Dr. Spencer has published a book titled The Leadership Imperative: Technology Adoption and Strategic Management in Travel Firms in Jamaica and co-authored Between Sticky Floors and Glass Ceilings: Female Employees in the Hotel Industry in Jamaica. His second single-authored book, Travel, and Tourism in the Caribbean: Evolution, Emergence, and Transformations were published by Palgrave Macmillan in 2018.